I made a goal earlier this year, to read a lot more contemporary romances and mysteries, instead of my usual sci-fi and fantasy.

1. The Box in The Woods (Truly Devious, #4) by Maureen Johnson

This is the 4th book of a mystery series (Truly Devious) that I have really enjoyed. This is the final book, and it’s the 1st mystery that our MC, Stevie, is solving outside of Ellingham Academy. It’s being released in April, and I’m really excited.

2. The Invisible Life of Addie LaRue by V.E. Schwab

Okay, I know I said I wouldn’t be putting any fantasy, but this is historical fiction! Not that that really helps, but I really want to read this. I have heard so many good things from other bookish friends, and it seems really interesting.

3. Clap When You Land by Elisabeth Acevedo

I actually don’t know much about this book, only that it’s contemporary, has some poetry and has a pretty high rating. And it also has a lot of diversity, and I always love that.

I feel like everyone has read this book. Everyone but me. This is another book I know basically nothing about, other than the fact that it’s a YA mystery. And I want to know what the deal is with the hype around Holly Jackson’s mysteries are, so I’ll read it this spring.

I read the 1st book of this duology, (One of Us Is Lying) in late 2020, maybe October/November after it being recommended to me by a friend who loves mysteries. I was really entertained by it so of course I’d want to read the sequel.

I have read so many reviews of this book where people just can’t stop fangirling about how good it was. I’m not sure if it’s a great book, but I need more contemporaries on this list! Haha, just kidding, it seems to be a good book and I’m keeping my fingers crossed.

This is the book I’m looking forward to the most. It’s basically a book about 2 high schoolers, Pepper and Jack, whose family’s both own restaurants. But, when Pepper’s family steals Jack’s grandma’s recipe, they GO TO WAR. Probably not real war, though that would make a good book. I really, really hope Tweet Cute doesn’t disappoint.

Again, I don’t know much about this book. I know there’s a lot of geeky stuff involved, it’s not like I’d know anything about that. So, it’s basically a romance with a girl who’s a total geek, and a guy who’s a famous actor. I hope it’s good.

9. Yes No Maybe So by Becky Albertalli

So I think this book is a type of cross cultural romance between 2 high schoolers. It seems interesting enough, I guess.

10. Past Perfect Life by Elisabeth Eulberg

I have read almost all of Elisabeth Eulberg’s books by now. Even though I don’t really like the characters, the story is really entertaining. I’m pretty sure I made an unconscious goal to finish all her books. Besides, that cover is really pretty, so . . .

I found this video on Youtube and I’m obsessed. It’s a Julie and the Phantoms Trailer Edit, so basically what the show would be like if it was a teen drama. I love it so much, the person who did it is so talented.

Tada! That’s my list! What do you think? Any recommendations for me? Leave them in the comments below! 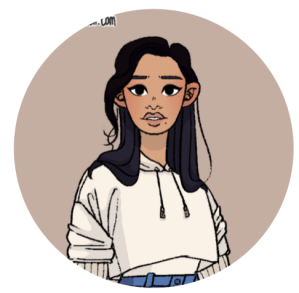 A Cottage Of Words

let's have some bookish fun! and happy reading!

I am made of memories